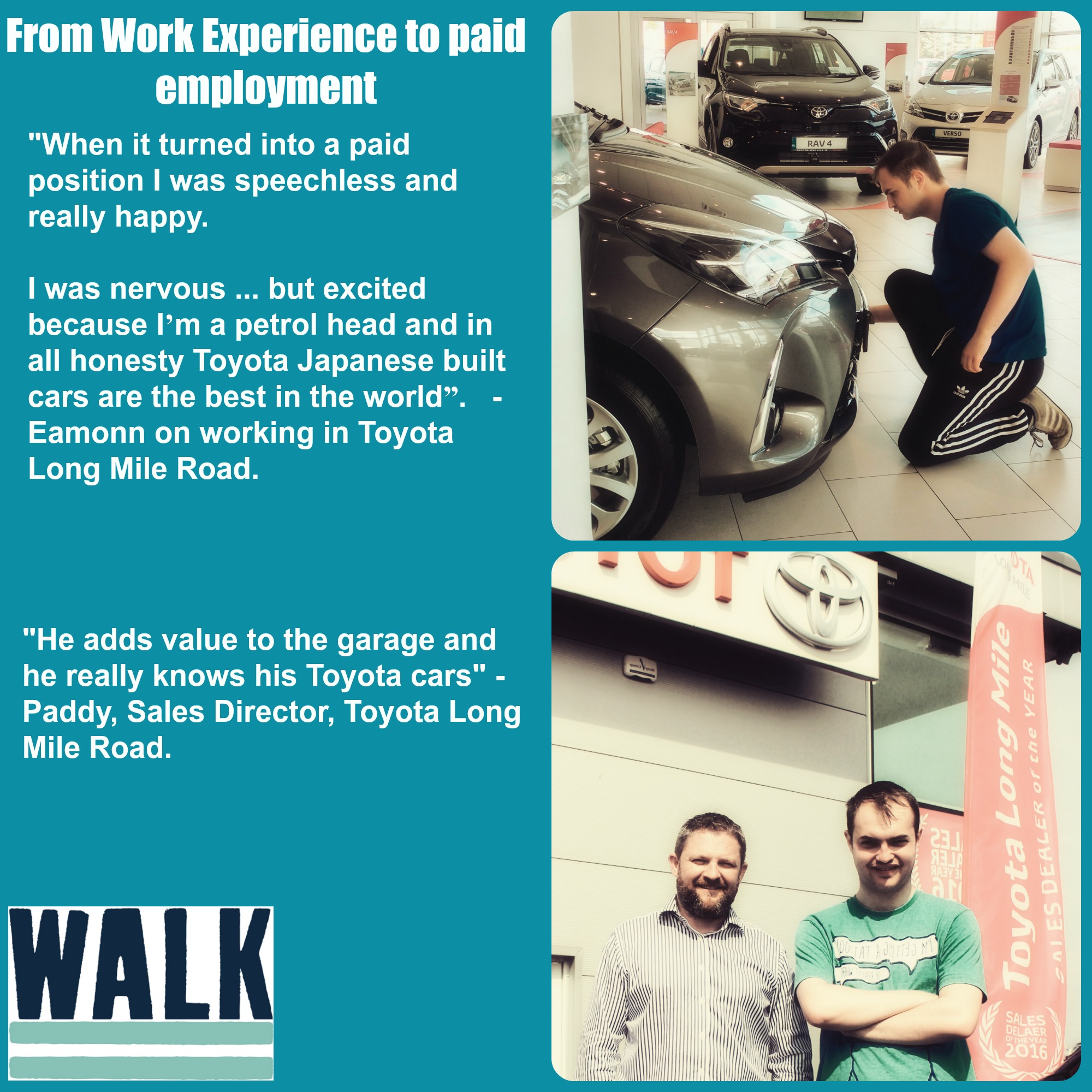 An unpaid work placement for a few hours a week can be a great way to build experience and sometimes, when the circumstances are right, it might just open the door to more.  That door of opportunity opened to 2nd year Real Life Training student Eamonn whose hard work during a car valeting work experience with Toyota Long Mile earned him a 12 hour a week permanent contract with them.

Eamonn is passionate about cars and dreams of one day becoming a mechanic.  He started out valeting in the dealership for 2 hours a week, building up to 3 and after several weeks felt comfortable enough to attend work independently. “When I first started working in Toyota I was excited and nervous at the same time” Eamonn says. “I was nervous because it was new and I was worried I might make a mistake but excited because I’m a petrol head and in all honesty Toyota Japanese build cars are the best in the world”.

Toyota were really happy with Eamonn’s work but it was not until he was out sick for 2 weeks that they realised how much!   This set in motion the process of making him a permanent employee. “The cars in the showroom were lacking the sparkle and shine that Eamonn gives them. It was a busy time of year and we needed him back” said Paddy his supervisor. “He’s a great lad, he adds value to the garage and he really knows his Toyota cars”.

“When it turned into a paid position I was speechless and really happy” Eamonn reflects. “Everyone there is really helpful. I also was given a blue work jacket with the Toyota Logo which is class in all honesty.”

Eamonn’s employers are aware of his long term goals and are committed to helping him on that journey by slowly adding responsibility and adding more workshop and maintenance duties. “Toyota have spoken to me about maybe getting a full time apprenticeship and I would love that” Eamonn says.  “I am learning my driver theory and hope to learn how to drive so that I can then move cars around the showroom and between the garages and more.”

Well done Eamonn and thank you Toyota Long Mile, we know where to go for the new set of wheels!