From job profiling to paid employment

Samuel describes himself as, ‘a visual learner’. He is someone who does not allow groups to influence him.  He is an independent thinker and doer.  He is a talented artist and he loves superheroes.

His dream job is to make pizza!  So, where is Samuel on this journey?  Read on and be inspired.

Back in 2015, Samuel joined the supports of WALK.  From September 2015 to June 2016, Samuel completed weekly classes about employability. Samuel enjoyed onsite visits to various different worlds of work, an onsite placement in a local restaurant, and job shadowing.  This helped him, and his support team, to put together a ‘vocational profile’ for Samuel. A vocational profile matches people with their skills set, their desires and areas of suitability for the world of work. It is a form of career guidance.

During his first year of being supported by WALK, Samuel also completed a 10 week placement for 2 hours in Hillbillies, a family-owned family restaurant in the local community.  On this placement, Samuel’s role included mincing beef, making burgers, maintaining kitchen hygiene and basic food preparation.  Samuel was so successful in this placement that his role was extended for a further 10 weeks following which he was given permanent position of paid employment.

Mark, Samuel’s employment facilitator, continually liaised with Samuel and the manager of Hillbillies.  The manager revealed Samuel to have increased the team morale in general and said that he was a valued team member.

As part of National Job Shadow Day, Samuel worked in the Department of the Environment undertaking tasks such as scanning and franking letters. This was a great opportunity to sample work in different areas.

Samuel then completed a more focussed career preparation QQI Level 3 module. During his 2 hourly weekly classes he create a portfolio of work.  The idea is that revisiting past experiences can help embed and further learning in the work journey so far.  It helps to focus on employability skills.

Moving a year on and Samuel is ready to take on more responsibility.  Alongside his now well established work in Hillbillies, he started a new 10-week paid placement in The Green Gallery in St Stephen's Green Shopping Centre. Samuel is a keen artist and has an interest in all things art.  This placement looked to explore employment around the arts and to help build Samuel's experiences. His role in The Green Gallery involved building picture frames, maintaining gallery display space and moving stock.

According to his manager in The Green Gallery, "Samuel was good at his tasks, friendly and inquisitive. There were no challenges as he listened and followed instructions." - Dermot, The Green Gallery.

And then… Samuel became a Nandaco.  This is a trusted and valuable Nando’s member of staff.  We covered some of Samuel’s experiences before, you can read about it here. Essentially, what started as a 2 hour, 10 week work placement turned in to a significant paid employment role with all the benefits of regular employment attached.

So, we can see that Samuel’s work experiences were all going in the right direction, but the other crucial piece in the employment world today is external learning. To complement Samuel’s experiences, he undertook a Cookery course in Crumlin College; a QQI Level 4 Food Hygiene/HACCP for Food Handlers course; and, Baking in Bluebell Community Centre.

Next stop for Samuel was Compass. Compass is a commercial restaurant group operating in many of Ireland’s corporate sectors.  There was an employment opportunity available to Samuel in the Italian Restaurant, Pronto, within the Google Barrow Street branch. This was a 20 hour a week role. Samuel was ready to seize such an opportunity. Samuel, together with his job coach, arranged a phased start.  This was 3 hours per day 3 days per week.  He was supported on site by both his Job Coach and the Pronto team.  There was a clear schedule of work agreed for Samuel.  This included working on basic tasks such as grating mozzarella, making tomato pizza sauce, making grissini breadsticks and pizza!

Each day before work Samuel and his Job Coach revisit the learning from the previous days’ using pictures taken of the steps for all tasks. WALK supported Pronto staff by providing Disability Awareness Training.

Gradually, Samuel moved on to a 20 hour per week contract. His Job Coach remains in daily contact with him but is not longer on site. In agreement with Samuel, the job coach also has weekly contact with Pronto for updates and review. It is important that the management in Pronto know that WALK will support them every bit as much as they will support Samuel.

Samuel is showing interest in more than Pizza chefing and is in love with the craft of creating in the kitchen. Pronto have committed to developing Samuel as a chef with actionable areas for development following 1:1 reviews.  What does this mean… “All is going well” 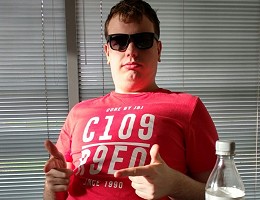 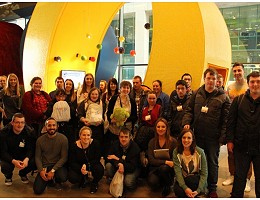 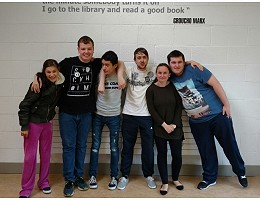 Having fun with people on another jobsite visit 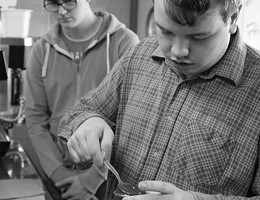 Samuel busy on the job 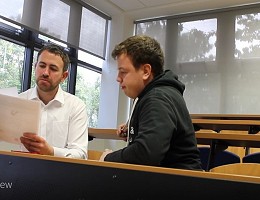 Samuel working with his employment facilitator 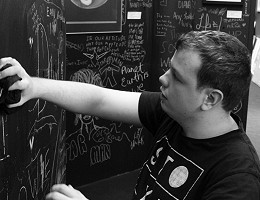 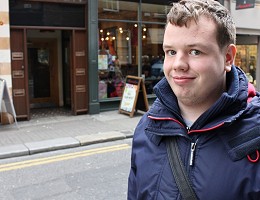 A happy Samuel outside of Nando's 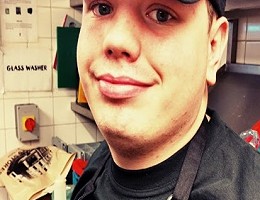 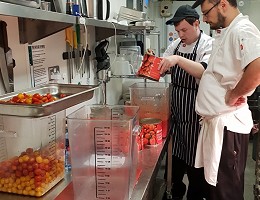 Samuel working in a busy kitchen 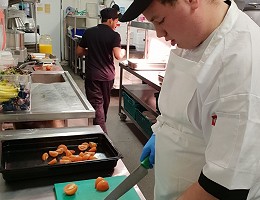 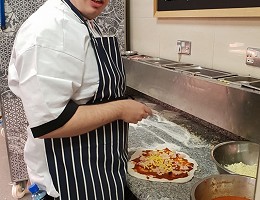 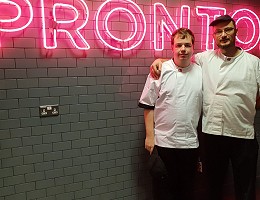 Chef's together at Pronto