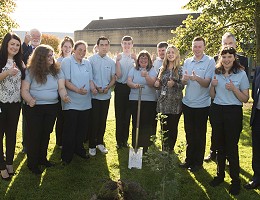 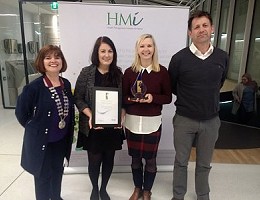 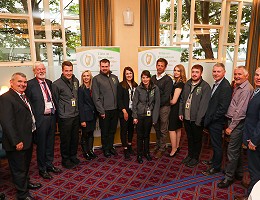 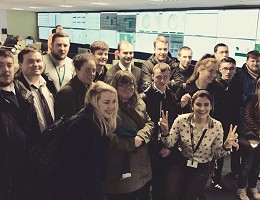 When her experience in WALK helped her change career direction

"My favourite thing about WALK is the people; the staff and the people we support. Even if you’re having a tough day there is always someone to cheer you up or make you laugh".

Vicki left school and studied Psychology in University College Cork.  Following on from that she did a Masters before moving to Limerick to work as an Assistant Psychologist in the University of Limerick.

Up to this point, her career path was headed in the direction of working towards becoming a Clinical Psychologist. In an effort to gain further experience with diverse populations, Vicki began working in WALK in September 2014. Her initial plan was to gain the experience she needed that would help her secure a place on a clinical psychology doctorate.  Well, the 6 month plan turned in to a 4 year plus plan.  Vicki gained experience through WALK that was so enticing that she changed her career orientation and began to seek different avenues in her work that would bring her to the leadership role she now assumes within the organisation.

Vicki's initial role with WALK was on the Real Life Training programme Psychology Project Worker. In her own words, Vicki noted, "I loved working on this programme it was so progressive and the staff on the team were amazing and so supportive". Seeing the different options to move both laterally and progressively throughout the organisation Vicki sought to find work that would give her more responsibility and that could give her further exposure to the different facets of the organisation. She put herself forward to the role of employee representative and was successful.  As part of the role, Vicki got to meet with different staff teams and found herself sitting on different committees across the organisation. She was involved in policy review and development and also became an active staff voice in the stakeholder dialogue phase of the strategic plan formation. She was also a participant in a project-focussed leadership programme within WALK around Capacity Building which involved collaborative work with many different leaders in WALK.

Her experience across WALK strengthened her position when she heard of a new project that was starting up in collaboration with Tallaght University Hospital and the Education and Training Board. The role was to support job seeker with intellectual disability to enhance their employability skills so that they could pursue their career ambitions. Vicki recalls, "My team leader had always been extremely encouraging and helped build my confidence to ensure I felt I was ready to go for this new chapter and challenge". Vicki was delighted to start on the project as Project Liaison Officer and to help build it from its infancy right through to seeing it become a packaged model of support that with the right structures could be replicated elsewhere. When asked about her views on the project Vicki said, "it is so rewarding seeing the trainees being part of the culture in the hospital and being welcomed into their teams".

During the first year in Tallaght University Hospital, Vicki got the opportunity to both manage and mentor staff and people supported on the programme.  She gained further managerial skills and further insights in to how WALK works in partnership with others to live its mission statement. Fuelled by her experience as Project Liaison Officer in that role, Vicki went on to have an active role in setting up, developing and coordining of the Oireachtas Work Learning Programme (OWL) that is run throughout the Houses of the Oireachtas.  Vicki now oversees the projects in both Tallaght University Hospital and in the Houses of the Oireachtas.